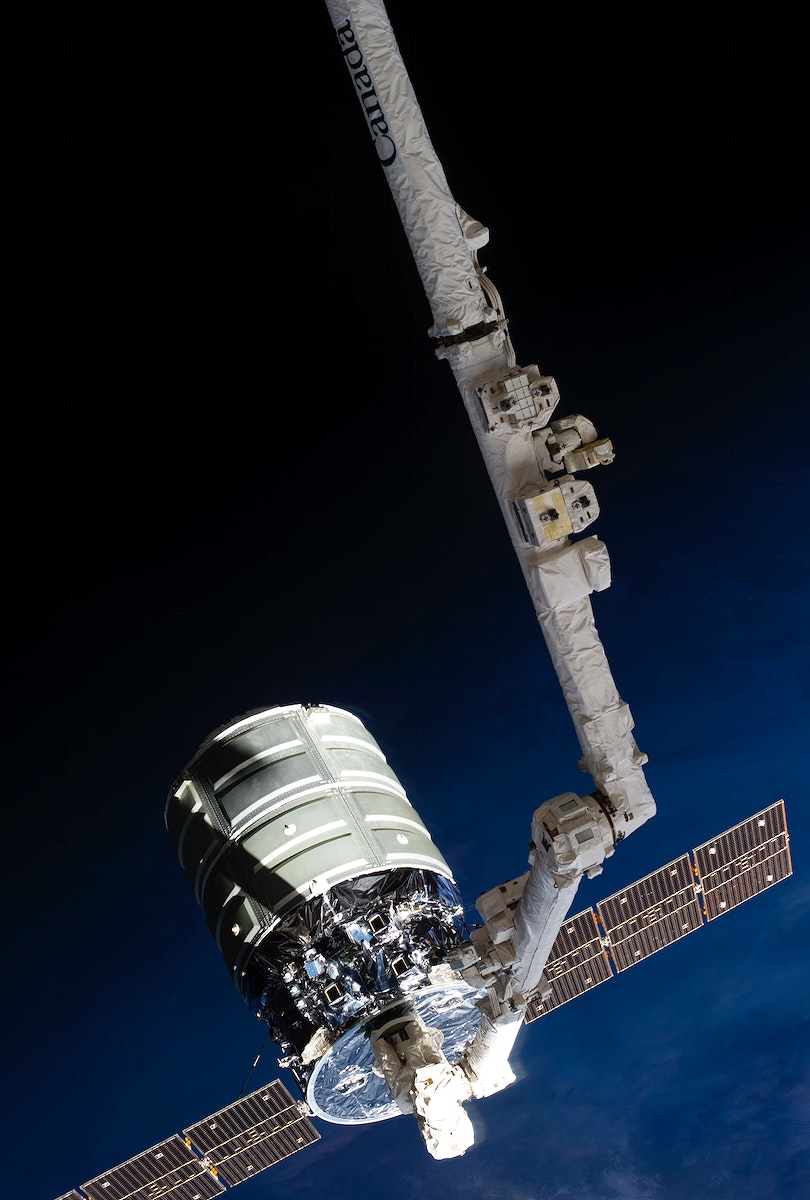 Elisabeth Waidhofen is a beautiful young woman from the village of Vösendorf, Austria. Her free spirit and sharp mind can’t handle anymore the limitations of the rural environment so she ventures to the capital of the country, Vienna.

The Ball of the Tea is a festival held every year at Schonbrunn Palace. As a leading tea manufacturer, Count Andreas von Hochwaltmont is there, proudly presenting his new tea flavors.

When attending it, Elisabeth has no idea that she is about to be thrown into the sweet realm of love. She fears giving in, but Andreas`s green eyes and charm won`t leave her at peace so easily.

On the other hand, Andreas is intrigued by this fascinating young woman. He is well aware of the “respectful” ladies from the Viennese aristocracy but what is it with Elisabeth that he can’t take his eyes off her?

It started as a play for him. Another woman? Yes, why not? After all, she is beautiful and so damn elegant!

For this, Andreas is ready to play the game! However, soon he will discover that Elisabeth is more than that. Her warm and noble soul makes him fall in love with her, but there is an obstacle between them. What is this obstacle?

What secret is keeping Horst Volker, the mayor of Vösendorf, a secret that involves Elisabeth’s father?

And Karl von Becker, what dirty charade will he play on Andreas`s sister, Christine?

“Cristina Istrati`s universe is utterly imaginary in which the characters, having high aspirations, are overcoming the concrete conditions of a normal existence, reaching, in some places, the peaks of the sublime. The dynamic dialogues, the language properly chosen and suitable to the extreme situations, pages which ask, oftentimes, to be re-read, the fictional thread – all this is creating a Hollywoodian atmosphere and the novel can`t be put aside until you finish reading it!”-

“Noble Temptation is an excellent novel, born and written under the sign of dignity and that of beautiful experiences till the final page! Congratulations, Cristina Istrati!”

“The ability of knitting the intrigue and leading the action with a remarkable ease is, without doubt, the skill of a savvy novelist, Cristina Istrati becoming this way an aspirant to the title of successor of Jane Austen. A work with a solid architecture, firm, mature, captivating, through which the reader will have satisfactory win for sure!”

Austria, 1856. At the ball held by the Enterfelner family.

“Elisabeth, dear, dinner will be served soon. Will you join me to the toilet?“

“That’s exactly what I wanted to ask you, baroness. Let’s go”

“Will you excuse us, gentlemen? We’ll be right back” “Certainly” replied Andreas. Looking at his friend, Markus, he continued:

“You didn’t say much since you got back”

“Eh, what are you saying? It’s only an impression of yours” said Markus pretending to smile.“Everything is alright, Andreas” he added while looking towards the table where Christine was.

“I don’t know, Markus, you didn’t seem to be tired when we arrived here. You’re a bit changed”

“Eh, what are you saying? It’s only an impression of yours” said Markus pretending to smile.“Everything is alright, Andreas” he added while looking towards the table where Christine was.

Arriving at the ladies’ room, Federika entered in one of the cabins, while Elisabeth checked herself in the mirror and powdered her nose. When the baroness came out, she was already done.

“Thank you for coming with me, my dear”

“You are welcome” replied Elisabeth amiably. “Anyway, there was also Mrs. Klaudia at the table, she could’ve joined you as well”

“Klaudia? I don’t think so, considering how bitter she is. And then I also wouldn’t have wished for her to come” said Federika taking her compact out of the hand pouch.

“So, she’s not mean only with me” added Elisabeth, thinking of the harsh line she gave her the first time they met.

“Oh, no, not at all, my dear! She’s been like this for as long as I can remember. Sometimes I wonder how does Augustin manage to put up with her. She is like a raw grape!”

“I understand. Still, I would have liked if we could talk more”

“You’d better stay away from her, Elisabeth. Klaudia can be poisoning as a Scorpio when she wants to” Federika warned her. Everybody knows it. It’s also the reason why people don’t stay much around her” continued the baroness, then she looked in the mirror again.

“People are mean, Elisabeth; shield yourself before you get hurt. God knows why but this is how it is” she enclosed. “I’m ready, shall we go back?”

When they arrived at the table, the plates with food had been already brought.

“Wonderful” replied Federika taking her seat. So did Elisabeth. “Everything alright?” Andreas whispered to Elisabeth`s ear.

“Yes, just a small discussion with the baroness” replied her, watching him with a smile on her face.

The starter was served, composed of black caviar, green olives on eggplant garniture, tomatoes in a mayonnaise sauce and salty cheese crème. Next to it, in a crystal bowl, placed on broken ice cubes, was the caviar. Small slices of dried bread soaked in olive oil were nearby the bowl, placed on a big plate. For sure, the champagne and white wine accompanied this feast.

Elisabeth took the fork and spread a bit of caviar on a small slice of bread.

“Oh, good Lord! What way of serving caviar is this?!” shouted Klaudia, surprised to see what Elisabeth did.

“Excuse me?” asked her, slightly intimidated of the tone of the woman at her right. She thought she did something bad.

“The caviar, dear… You take it with the spoon next to the bowl” continued the countess, with a superior air.

Elisabeth felt ashamed, particularly as all eyes were on her.

“I apologize, I made a mistake”

“What a behavior! It is as if you don’t even belong to this world…!” Klaudia said, agitating her fan again.

Elisabeth froze when she heard that, and so did the others at the table. She couldn’t say anything, being afraid to look up. Finally, she did but she was incapable of enduring the way they looked at her.

“Klaudia, you crossed the line this time!” said Augustin, irritated. “I won’t allow you to treat this way a charming young lady as Elisabeth!”

“I just wanted to show her what her mistake was…! What’s wrong with this?” replied her, victimizing a little. Elisabeth felt she wanted to die. She would have given anything to be able to vanish in the very next second. Tears blinded her eyes.

No, no, she couldn’t take it anymore, she had to leave!

“Please excuse me” said her rising up suddenly from the chair; she hurried to the exit door.

“Elisabeth! “shouted Andreas.” Countess, I would be extremely indebted to you if you would mind your own business! Maybe that fan will help you get rid of some other arrogant airs that you have!” he admonished her, thundering her with a cold glance. Then he rose up and went after Elisabeth. It was difficult to catch her because of the crowd. Finally, he got to her when she was hurriedly going toward the coupe.

“There’s nothing left to talk about, Andreas! Things are as simple as possible, can’t you see that?” replied Elisabeth, crying.

“Please, don’t believe what the countess said! She’s but a mad and mean old lady!” “Who spoke the truth! I don’t belong to this world, I never will! Our backgrounds are too different, there’s no need to deceive ourselves! Can’t you see that Mrs. Klaudia is right?” continued her crying and then she climbed in the coupe. The valet closed the door. Andreas couldn’t accept this.

“You won’t leave without me! said him firmly, strongly pulling the door and climbing in it himself.

“Andreas! What are you doing?!”

“I’m coming with you, Elisabeth! I don’t care what others say! To Frau Schmitt street, whip!”

“You’re crazy for doing this!”

“I’d be crazier to let you go out of my life. I cannot agree”

“I’m sorry, Andreas, said Elisabeth changing her look to some other side, it’s necessary that we break up and there’s nothing any of us can do”

“Don’t say that. My God, I cannot believe you simply embraced what that witch of a countess said!” exclaimed him angrily.

“The truth would have come out, Andreas, sooner or later”

“What truth? That we are meant for each other? Because this is the truth, Elisabeth and you`re stubbornly denying it! Tell me this too is not true but say it looking into my eyes otherwise, I won’t believe you”

“What do you want me to tell you, Andreas? replied Elisabeth, feeling the anger growing inside her, that you are coming from a completely different place than me? That you are a handsome, rich count and I’m a poor girl coming from a village to a big city? That I work in a tavern just to support myself?! Is this what you want me to tell you?” said her glaring at him, with her eyes filled of tears.

She took out her handkerchief and wiped off her face. He didn’t say anything, surprised of what he heard and for a few seconds he just looked at her. Meanwhile, the whip announced that they arrived at the destination. She got ready to rise up from the bench.

“Please, don’t do this” said Andreas, piercing her.

Elisabeth plucked the diamond necklace he had given her earlier in that evening and threw it in his lap.

“I’m sorry, Andreas, this belongs to you” said Elisabeth and ran to the gate of her house.

“Elisabeth! Elisabeth!” he yelled but she didn’t respond.

Left alone with the necklace in his hand, Andreas looked at it and then led by anger, he squeezed it strongly in his fist.